I’ve been itching for weeks to get some things done around the house, but the ridiculous weather (hello, it SNOWED this time last week!) has held us back. We finally were able to get outside this weekend and attack a long checklist of items. We are sore and tired, but sooo happy to have some things checked off! 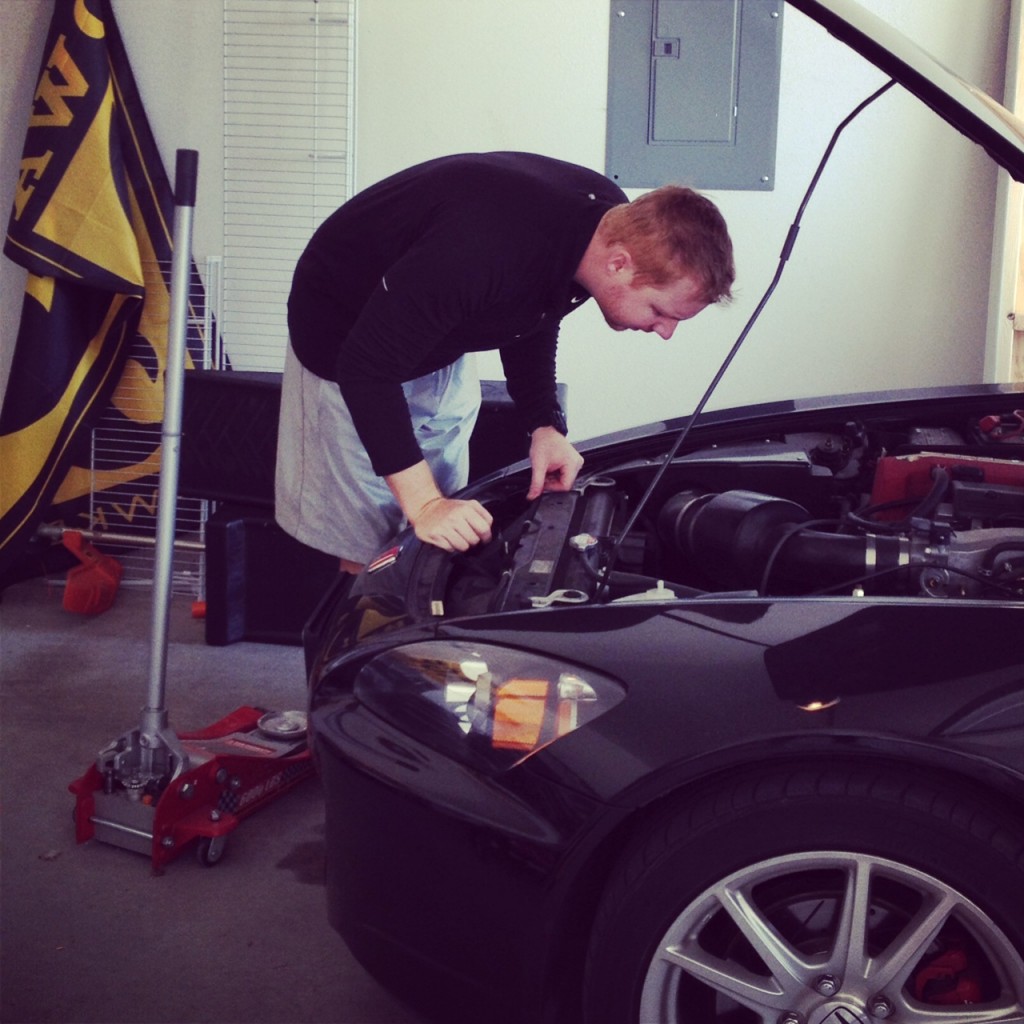 Page got the oil changed in all three cars (a must, since we are preparing to sell two of them!) and we got a bunch of his knee surgery supplies listed for sale as well (goodbyeeeee crutches, braces, and more!).

The CRAZY winds this weekend, coupled with what we and our next door neighbors have deemed “the wind tunnel” that runs between our two houses (with no trees!), resulted in a huge piece of our flashing peeling off and eventually ripping altogether to fall to the street. Oh, but not before spending a solid 12 hours banging away against the siding. Right on the other side of our bedroom. Beginning at 3 in the morning. #joysofhomeownership

It doesn’t look like much in this photo, but this sucker was LOUD. Fortunately, the same guys who resided this whole side of the house last spring due to hail came to the rescue to get it fixed. We didn’t DO the work, but I considered this another item checked off! 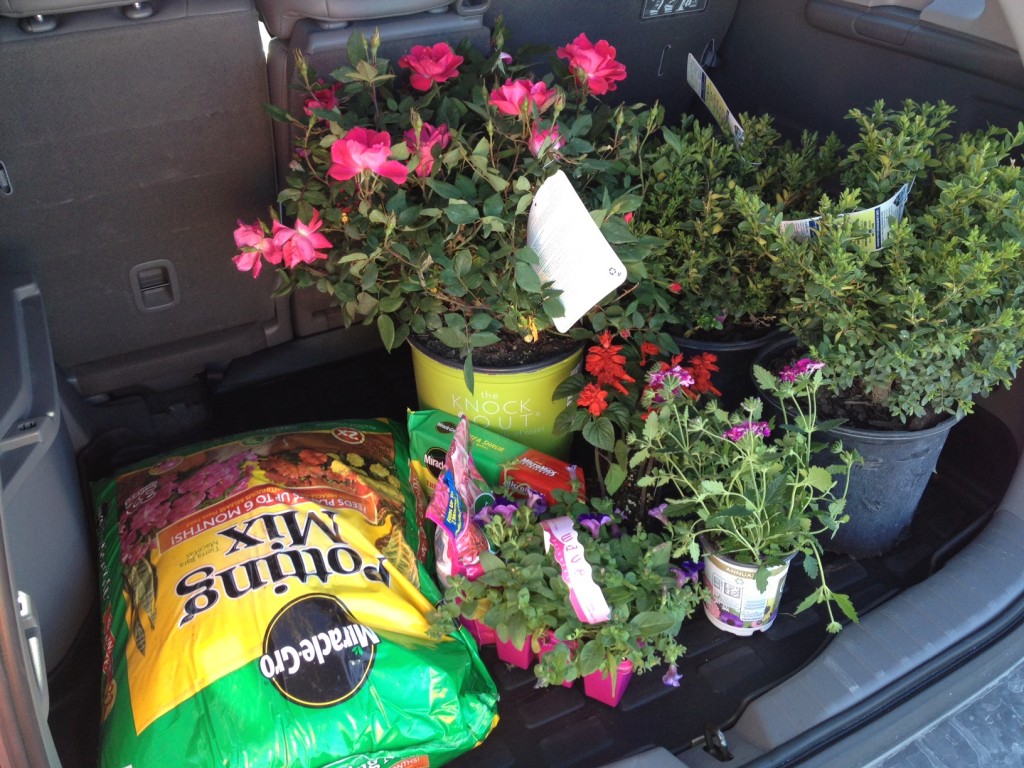 To get away from the noise and distract myself from what I was sure would be a cell phone call telling me it had ripped off and taken out a neighbor, I headed to the garden center to pick up some new pretties to replace much of what late frost has killed off. I was bitter at first to be nearly starting over, but in the end, I really like the process of digging in the dirt, and I REALLY like that going forward these are all (supposedly) low-maintenance plants! 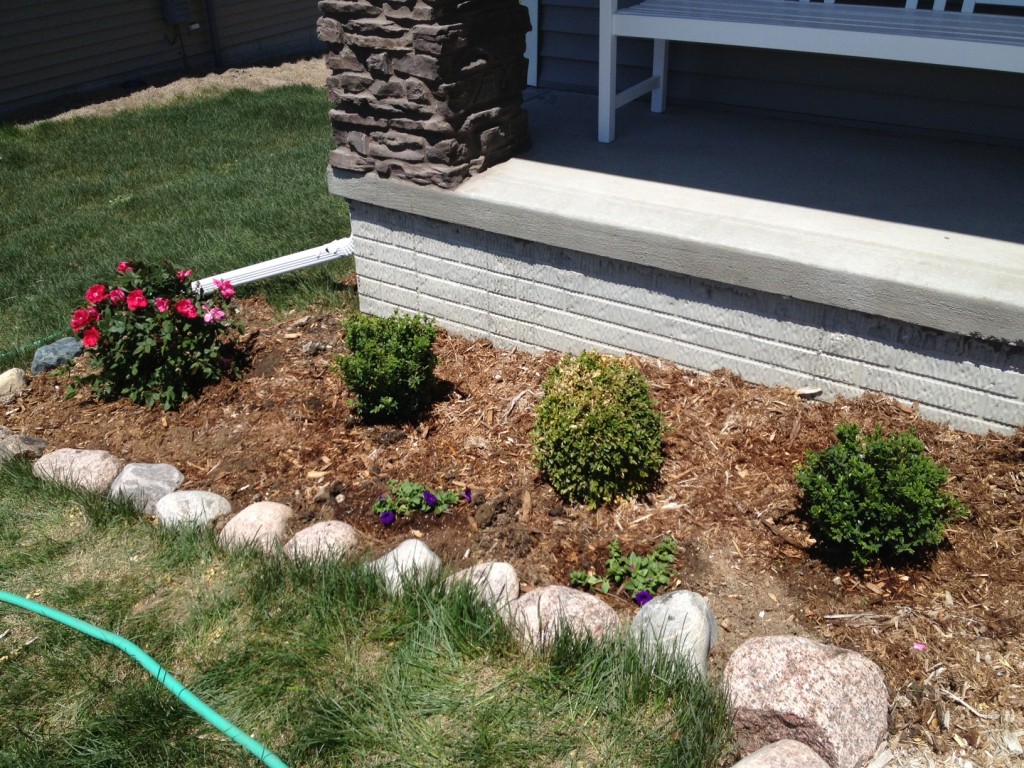 Behold…two of the three boxwoods replaced, and the spruce has been swapped for a much lower-profile rose bush. I’ve been told this is a better option because by the time it gains much height, it will have had plenty of time to get solidly rooted. Here’s hoping! 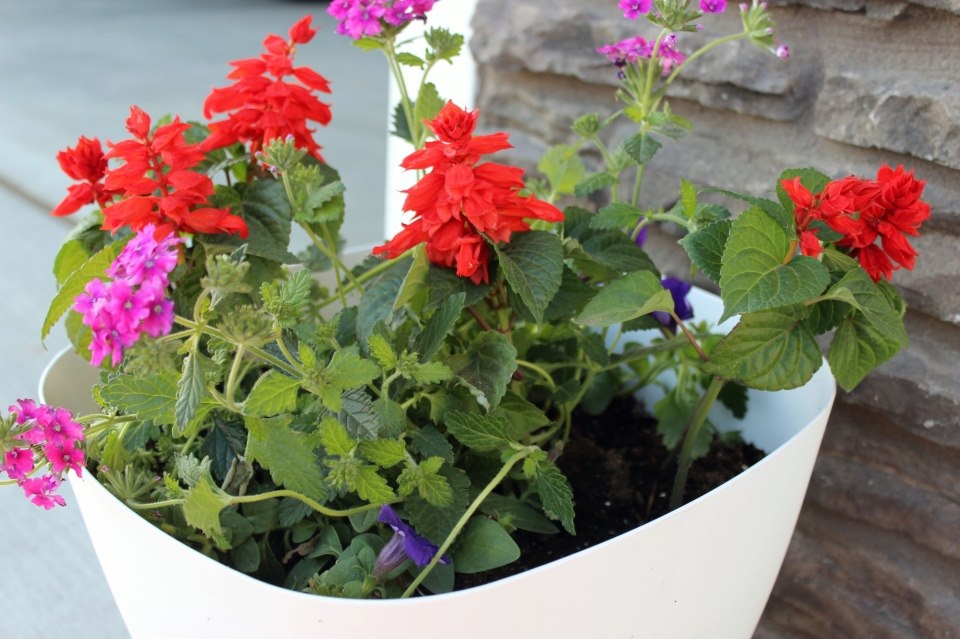 I also attempted some potting for the first time since the year we were married. We call it the great disaster of 2007. I forgot to water and then to compensate I ended up drowning everything. I was like the kid who couldn’t take care of his pet. I’m hoping I’ll be able to embrace responsibility this time around. 🙂

The other stuff I didn’t get pictures of included sweeping out the garage and vacuuming and washing the cars. Ahhh. It was so much more pleasant driving to work this morning…the seasons have finally turned for us, bring on Spring!