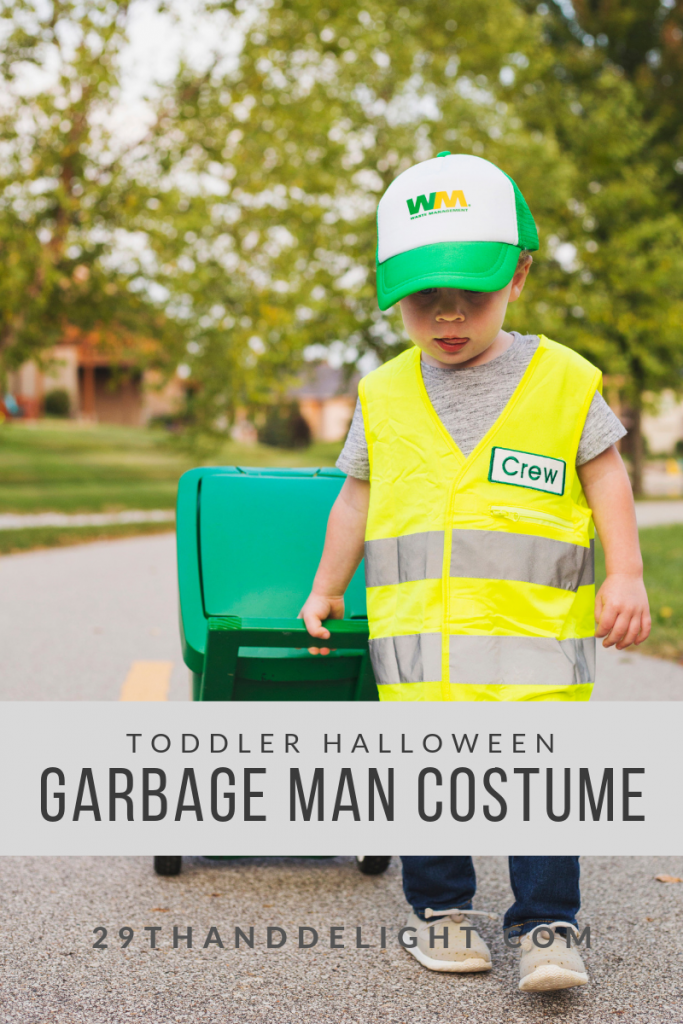 I always appreciate some costume idea inspiration sooner than later — so today I’m sharing Crew’s costume he’ll be donning in a few short weeks (and who are we kidding, several times before then!).

It was no surprise that of course Crew wanted to be a garbage man for Halloween (the first year he’s had any kind of say!). I had grabbed the vest at IKEA for dress-up (he’s a size 3T and it’s the smallest size they make — Youth XS). To make it a little more special, I ordered an iron-on patch with his name. As much as I love to make his costumes as opposed to buying them, we just had to have a piece of legit merchandise directly from Mecca — this youth size trucker hat was perfect, and he was SO excited when I showed it to him.

Obviously, the best way to haul his loot this year would be in what else — a garbage can. We bought a black Sterilite flip-lid style, hit it with some green spray paint, and added a WM decal bought on eBay. Even though it said it was meant for plastic, the spray paint is pretty delicate and scratches/flakes easily, so right before Beggars Night arrives, I’ll probably hit it again for touch-ups. 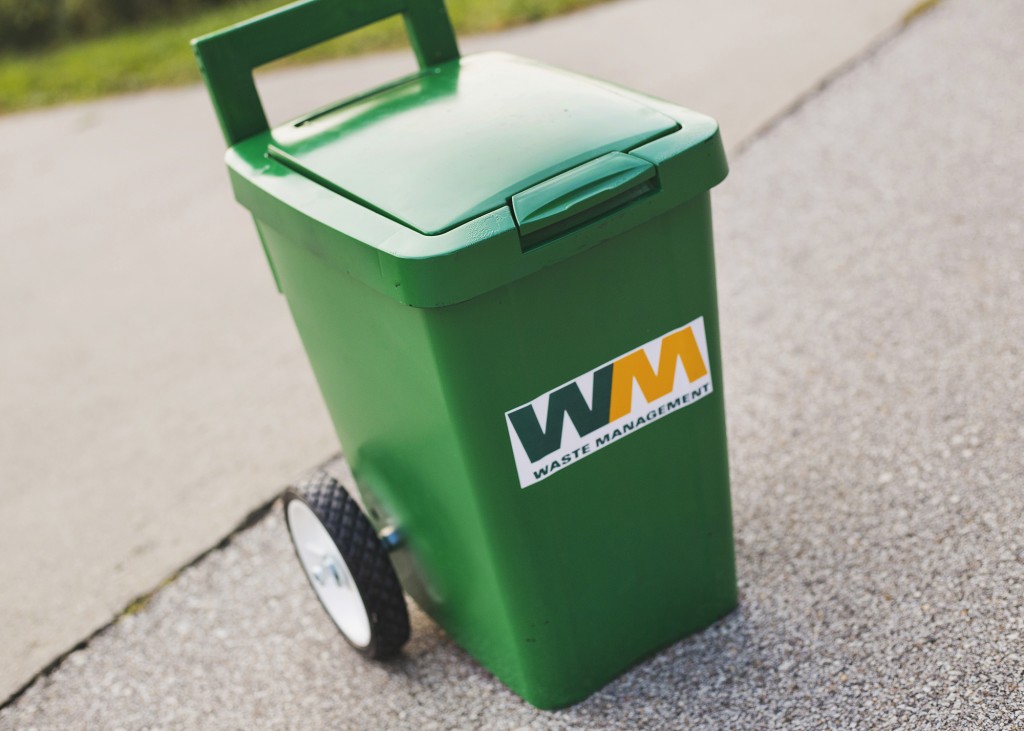 Page added two replacement 7” plastic grill wheels by running a threaded rod through the back-bottom of the can. Eight washers, two nuts, and two stop nuts later, Crew was mobile. 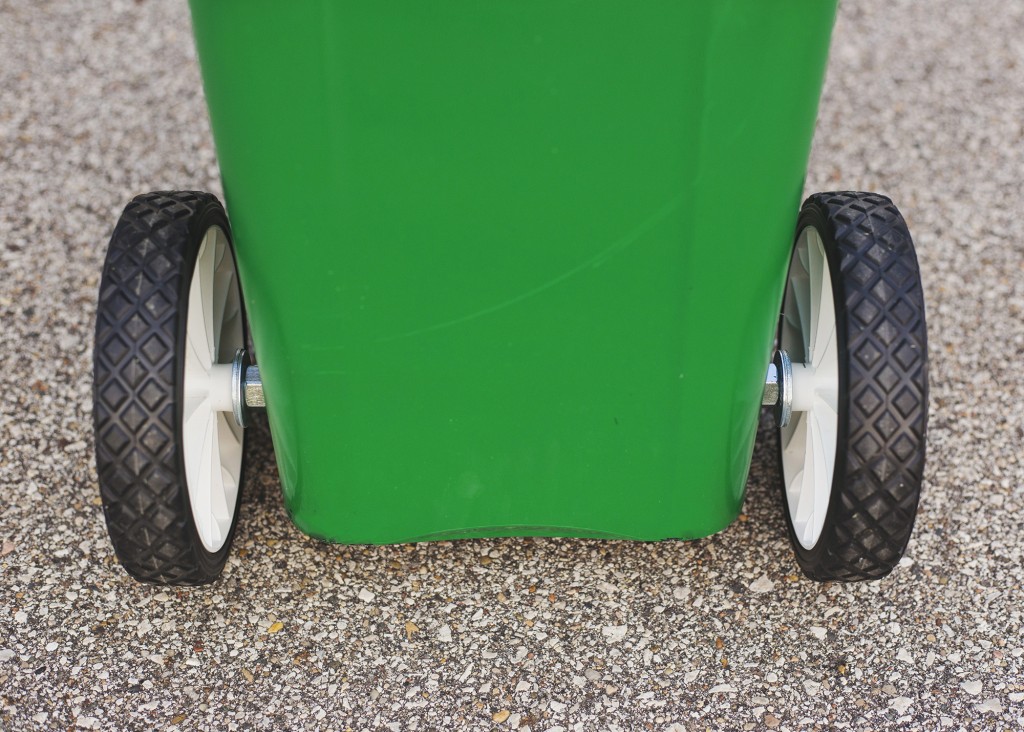 To make it easier to pull, Page added a wooden handle that he also sprayed with the same paint. He drilled it directly into the back of the can. 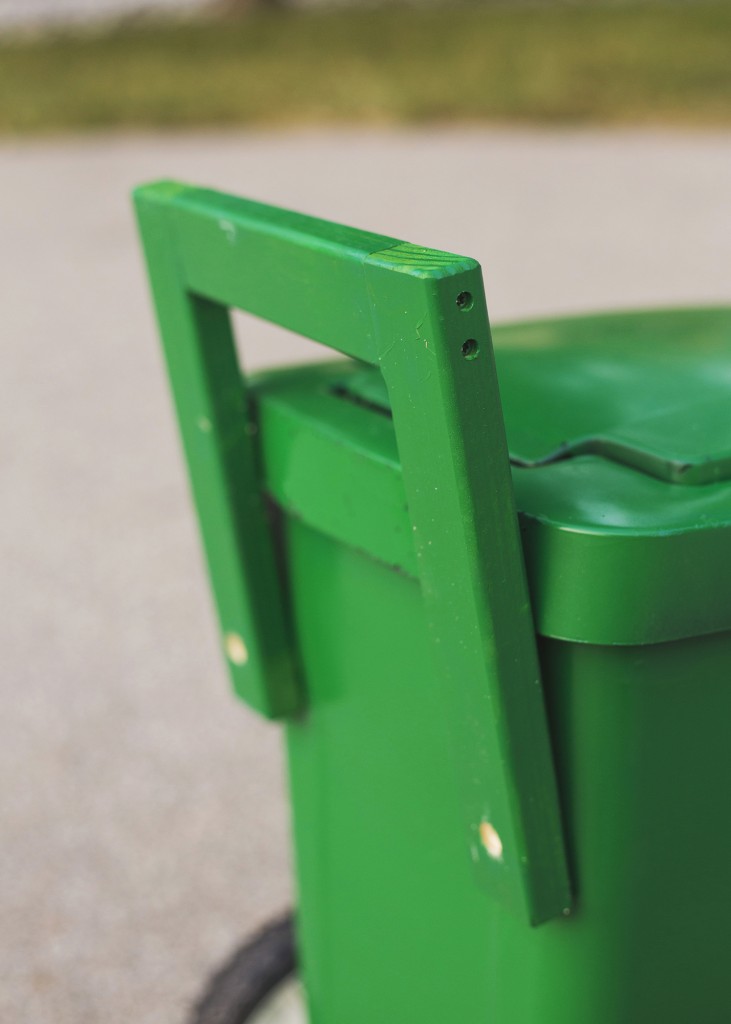 Crew has himself a mini-version of the big guy, and he could NOT be more excited! 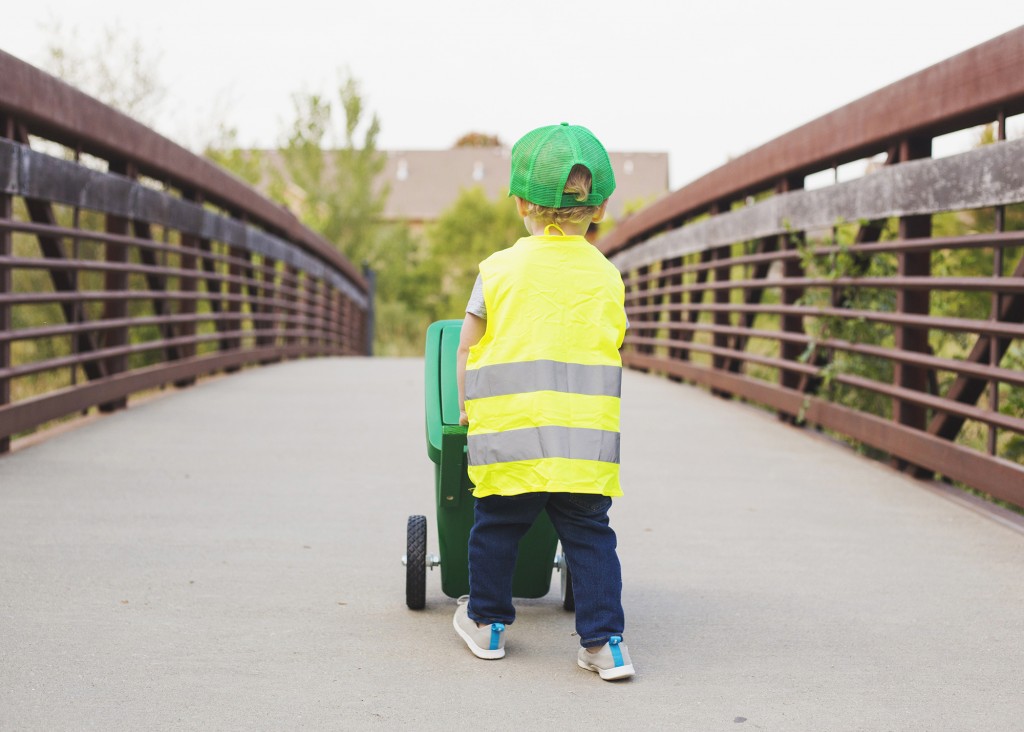 And if you’re in search of more ideas…see how we embraced the pacifier last year when Crew went as a scuba diver (and Dad was the shark who chased him!) and his very first Halloween when he went as Albert Einstein (scroll to the bottom of that post). 🙂 Happy costume planning!

I’m Liz and I'm a wife, mama, and homeMAKER living in Des Moines. 29th and Delight is my space to decorate, organize, entertain and more ...and document along the way.

© 2020 29th and Delight. Unauthorized use of this material without express and written permission is strictly prohibited. Excerpts and links may be used, provided that full and clear credit is given to 29th and Delight with appropriate and specific direction to the original content. Disclosure: posts may contain affiliate links.

Made with by ThemeMove.com. All rights Reserved.